The future of hotel design after COVID-19

The future of hotel design after COVID-19: hospitality architects

The global pandemic halted travel in the short term, but its effects are going to last into the foreseeable future — and possibly forever.

Hotel designers and architects are reworking existing projects and starting new ones with a focus on social distancing and contact-free systems. That means we can expect to see fundamental changes to hotels’ meeting spaces, lobbies, guest rooms, and food and beverage options.

The name of the game, hospitality designers say, is flexibility. They’re working to create spaces that can evolve with the realities of public health as well as with the needs and preferences of guests. And while these concepts are designed with an eye on the future, even a vaccine isn’t likely to derail some of the changes now in place.

Hotel check-in areas have historically been one of the first points of human contact between guests and staff.

“The days of face-to-face check-in will be gone for guests who choose to take the contactless options each time,” Lam told Business Insider. Check-in technologies will now be integrated with guests’ phones. And it might be about time anyway. As Krista Ninivaggi, founder of Manhattan-based interior design firm K and Co., said, “Hotel flags have been adopting mobile or virtual check-in for years. It seems like this might be a good time for guests to [become] accustomed to this as the norm to alleviate lines or crowding at reception.”

Lobbies: A redesign for multifunctionality

The main objective of the new lobby design will be to create multipurpose spaces.

“What we’re doing is building flexibility into spaces, so spaces that can transform over time,” Ito told Business Insider. “We can create lobby spaces [with] various types of seating groups. So it’s about providing those options [that are] lightweight, and easily movable so that when things start to evolve, we can start to combine these spaces together.”

The lobby in a Gensler-designed California hotel. Ryan Gobuty Provided

“We are not interested in dividing people with claustrophobic devices like giant masks and screens,” Sofio said. Instead, he favors subtler options that are “more interesting, like bookshelves with objects versus a plain screen wall.”

To prevent bottlenecks and to minimize points of human contact, Built, Inc. also plans to create new signage throughout lobby spaces and beyond. Think floor marks to encourage people to keep six feet apart and graphic lines such as arrows to lead guests safely in, around, and out of the space.

Sofio said that all new social distancing signs will be branded to match the hotel’s colors, lettering, and graphics: “We will make these as interesting and least distracting as possible while playing it safe.”

Couches in a Built, Inc.-designed hotel are back-to-back to avoid mixing parties. Courtesy of Built, Inc.

Guest rooms and ‘the perception of cleanliness’

Guest rooms might be the single most important part to consider in the great COVID-19 hotel redesign.

As Ito said, “In a public space, you have a choice of where you want to go, where you want to sit. The main concern right now is the guest room [as] that’s where we’re finding people are most concerned — who has been there before me?”

Gensler is rethinking guest room design to include visible indications of cleanliness without introducing a clinical look and feel. That might mean more hard surfaces and fewer porous surfaces.

Sofio said that while “some people are saying no to rugs,” his company is on the search for an antimicrobial rug. The key, he said, is to find a material that’s both safe and aesthetically pleasing.

Built, Inc. is also emphasizing hands-free designs that minimize contact points in doorways and when activating plumbing. “We are designing our own foot pull to be attached to existing doors so people can avoid touching door handles when unlocked,” Sofio said.

Ninivaggi of K and Co. had a similar take on the rise of touchless functionality in hotels. Expect to see features like step- or arm-pull activated doors and faucets in guest rooms, she said.

“Most hotel room doors are already key card activated,” Ninivaggi said. “How hard could it be to add an automatic latch as well so the door pops open when you key in with your sanitized key card?”

Beyond that, guests will want to see some visual evidence that their health is being protected. Designers are working on attractive solutions that are on clear display, rather than tucking apparatus such as UV lights away and out of sight.

“We used to think that seeing people clean things [should be invisible], but now you want to bring them to the forefront,”

Ito said. “For us, it’s about how we can integrate that into a design that is still not clinical.”

The goal now, Ito said, is to integrate these elements into the design of the space in a way that both looks good and advances what he dubbed “the perception of cleanliness.”

The pandemic will likely affect the considerations that go into airflow systems in hotel construction.

“HVAC systems can be better designed to limit the amount of shared air in a room,” said Ninivaggi. “I would challenge my mechanical engineers to think about other ways of delivering heating and cooling. Are there ways of using radiant heat and large volumes of fresh air? Is it time to look back at natural ventilation?”

“Maybe it’s okay to let our buildings breathe more and not insulate them to the point… it’s icy cold in July or piping hot in January,” Ninivaggi added.

“In new properties, I think the idea of using higher caliber air filtration systems in guest rooms will be something a lot of operators start spending money on, a kind of new luxury for health and well-being,” he told Business Insider.

Both Schulz and Ito agree that flexibility will be a core tenet of meeting-room design.

“The notion of getting 1,000 people in a room doesn’t seem very appealing right now,” Gensler’s Ito said. “The long play is we’re seeing more of the spaces that are smaller and more intimate that can be combined later.”

Ito also sees a push toward spaces that can open to the outdoors, a trend evidenced in the group’s new Hotel San Luis Obispo in California’s Central Coast, where there are numerous outdoor areas for year-round use, including a public courtyard with outdoor couches and fire pits. The main event hall offers French doors that open to an outdoor terrace with mountain and pine views.

In the Gensler-designed Hotel San Luis Obispo, it’s a fine line between the outdoors and the indoors. Ryan Gobuty

“Where you can, you want to really be engaged in the outdoors — or at least be able to look outside to get sunlight, which we know has a dramatic effect for our health and wellbeing,” he said.

Ito noted that some of these changes are already happening. “We’ve seen that done in many of our hotels, where they broadcast shows or openings, almost like creating a stage set,” he said.

Food and beverage: The end of the buffet

Lam of TPG Architecture notes that this will mean a change in how resorts sell themselves.

“For many resorts, all-inclusive buffets are a selling point for those wishing to have the convenience and luxury of having a variety of meals,” Lam told Business Insider. “However, the idea of food laying around for extended periods of time, while being exposed to airborne particles, will not be considered glamorous anymore.”

Overall, dining options within hotels will refocus on social distancing.

Andrea DeRosa, principal designer and co-founder of Avenue Interior Design — which is known for projects such as the Palms Casino renovation, Palm Springs’ La Serena Villas, and the SLS Baha Ma — said restaurants will seat fewer guests in the interest of maintaining social distancing protocols.

“Larger service counters for pickups or extended grab-and-go options may also be more prevalent as people warm up to the idea of eating out again,” DeRosa said.

Experts note that the end of buffet-style dining could shepherd in a new era for private dining options in guest rooms.

Clay Markham, senior vice president and hospitality sector leader at design firm CallisonRTKL, pointed to a change in room service. If room service was “once considered a watered-down service” compared to restaurant dining, Markham said, it “will now be a focus for a more personalized and sanitary experience.”

And look for a blurred line around what even constitutes a restaurant in a hotel. “The boundaries between spacious lobbies and now space-demanding restaurants may disappear into one socially distanced lobby restaurant,” Sofio said.

Ito also sees hotels building more private-dining environments that can work as meeting rooms, so they can have double usage during off-peak times or can be booked in a variety of ways.

Another point of agreement among the experts? The disappearance of the hotel gym as we know it.

Fitness spaces are likely to shrink and to increasingly move into the privacy of guest rooms, per Avenue’s DeRosa: “Look for more in-room fitness options and equipment like yoga mats and lightweight dumbbells.”

Ito noted that the group is seeing some hotels converting suites to private workout rooms.

Sofio sees the trend as well. “The days of the row of treadmills and dumbbells are over,” he said. “Instead, the weight room might be ordered to the guest rooms just like food service; where a training bike, weights, pilates circles, resistance bands, or whatever gym contraption you may need is brought to the room, and queued up with virtual video instruction and trains, just like a turn-down service.”

Business Insider spoke to nearly a dozen hospitality designers and architects to understand the ways hotel design will change for the pandemic and post-pandemic age. Here, we break down some of their ideas by hotel area. – Source: Businessinsider 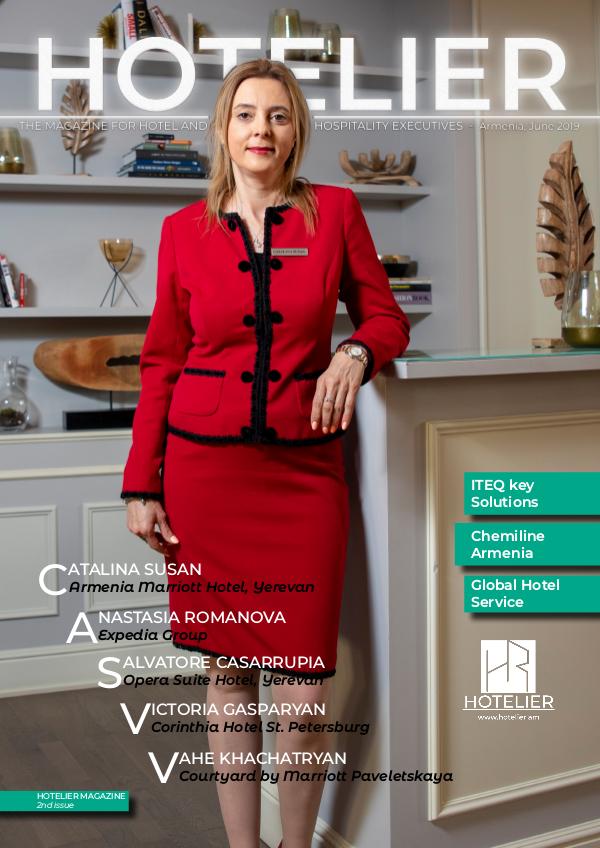 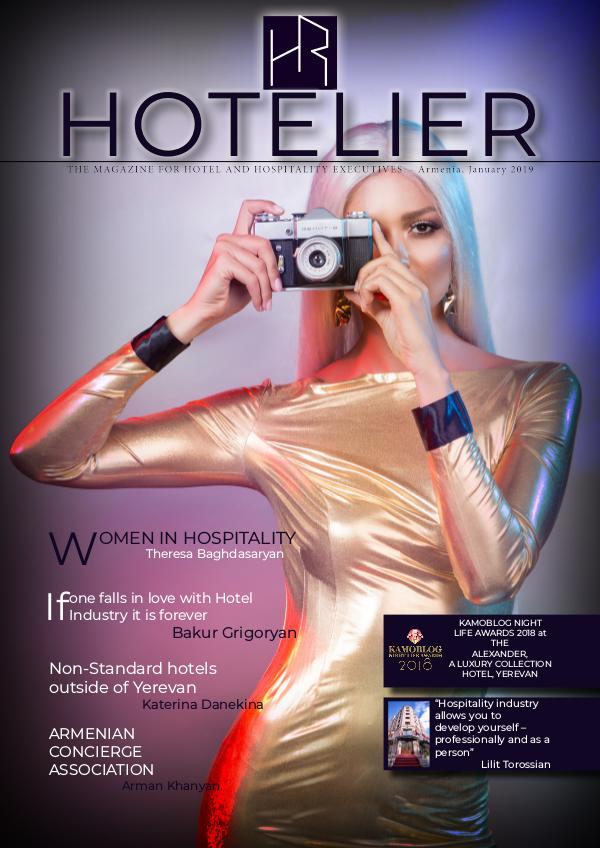